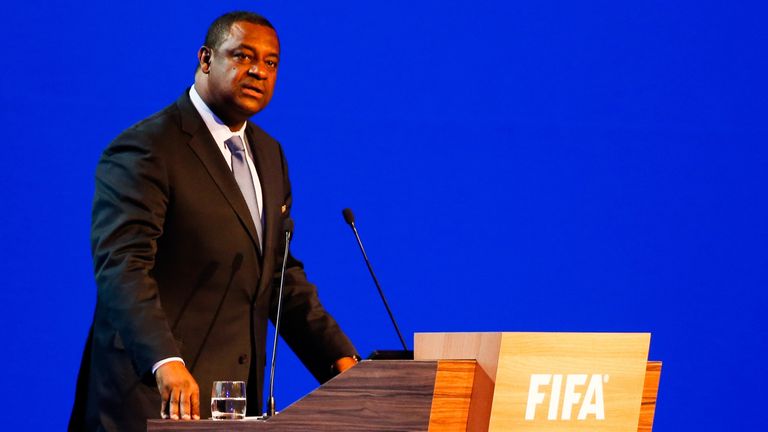 FIFA's vice-president Jeffrey Webb has claimed racism in English football is overt and has called for the introduction of a 'Rooney rule'.


Anti-discrimination chief Webb, who is also a FIFA vice-president and head of the confederation covering the Caribbean, North and central America (CONCACAF), told the Leaders in Sport conference in London: "I don't know how it could be hidden. You have 92 clubs, you have two coaches of colour."

Webb said the time had come for English football to embrace affirmative action such as the NFL's Rooney rule, which obliges clubs to include an ethnic minority candidate on shortlists for all coaching positions.

Webb added: "In this day and time, in this era, in this century, should we really be having to mandate opportunities for qualified individuals? Sadly, the answer is yes."

"In this day and time, in this era, in this century, should we really be having to mandate opportunities for qualified individuals? Sadly, the answer is yes."

"How many American owners do we have from English Premier League clubs in the UK?

"So, why have certain standards here and then, of course, in the US, in the NFL leagues, where you live, where you conduct business, you live by different standards? Why?

"If it's good there, why wouldn't it be good here?"

Webb also said he believes the 2022 World Cup in Qatar should be held in winter.

"For me the most important thing about the World Cup is the players and the game. If its in the best interests and health of the players we have to play in November December or October then I am all for that."

"It's a huge challenge with Russia - I would start with education, really it must come from the top down that diversity is good, intergration is good and there is nothing to fear."
Top

Thanks for the blog loaded with so much information. Stopping by your blog helped me to get what I was looking for.