Pakistan Super League schedule
According to schedule announced by PSL management on Tuesday, five teams will play a total 24 matches from February 4 to February 23 in Sharjah and Dubai.
Four teams, after round of double-league matches, will qualify for play-offs. Top two teams will get two opportunities to qualify for the final of PSL.
The first play-off, between teams finishing 1st and 2nd, will be played on February 19 while teams finishing 3rd and 4th will take on each other in second play off on February 20.
The winner of first playoff will directly qualify for the final, while the winner of second play off will play the loser of first play off in third play off to decide the second finalist.
Final of Pakistan Super League will be played on February 23.
[attachment=0]PSL-T20.jpg[/attachment] 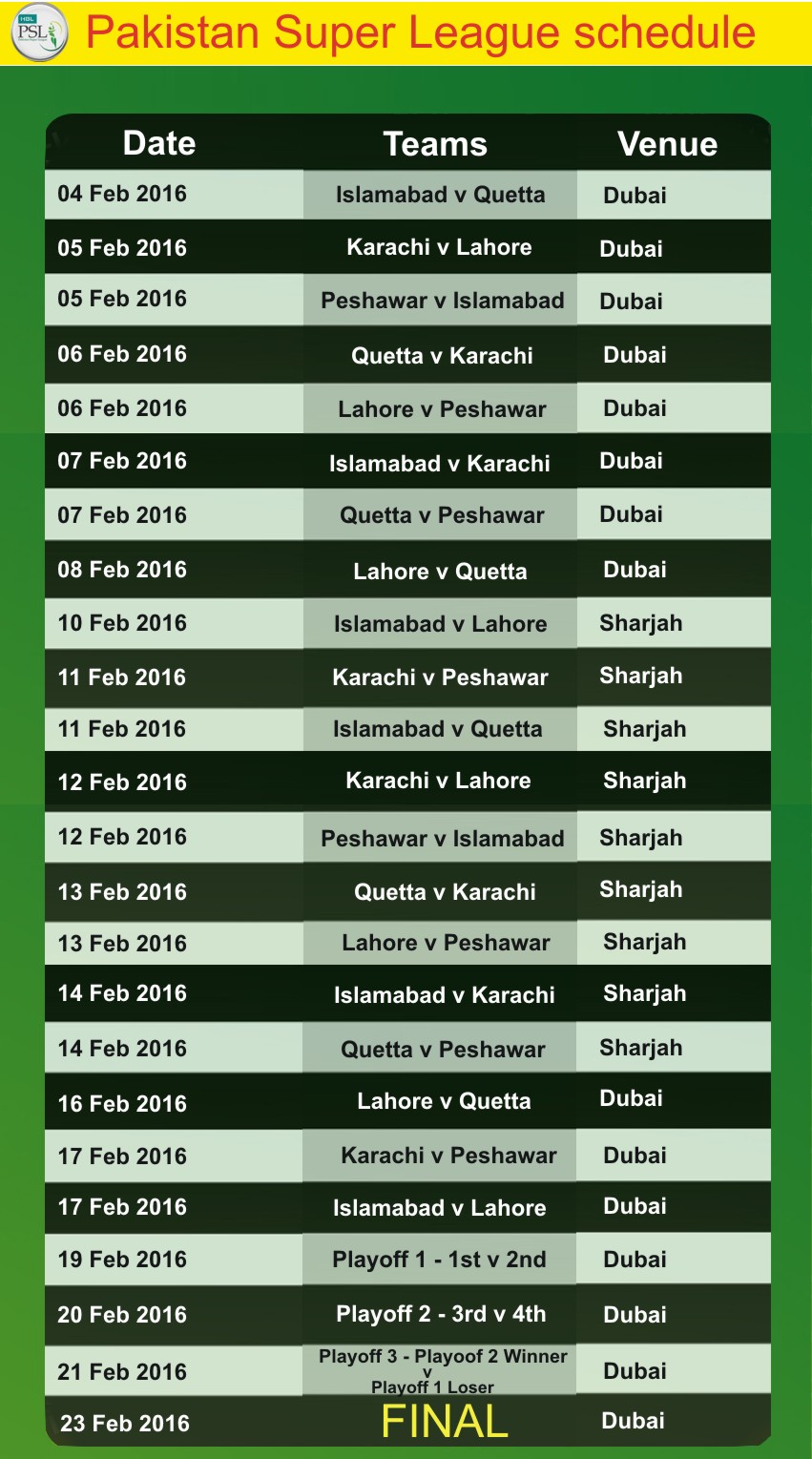 The eighth season of the Pakistan Super League, commonly known as PSL 2023, will take place from February 9 to March 19, 2023.

The Pakistan Cricket Board (PCB) created this franchise Twenty20 cricket tournament in 2015.

According to a PCB announcement, the eighth PSL season would run from February 9 to March 19, 2023, with all games taking place in Pakistan.

The four venues for the tournament are Karachi, Lahore, Multan, and Rawalpindi in Pakistan.

The complete schedule for the Pakistan Super League 2023 (i.e. PSL 2023 or PSL 8) is officially yet to be announced by the PCB (Pakistan Cricket Board).https://googlesports.net/pakistan-super-league-cricket/